PASSAGE OF BARBS TO SOULS–Proposed Monument to The Lives Lost in the Shoah in Bologna, Italy

Bodies Descend. Skeletons Rise. plaza walk culminates in mirrored stainless steel structure where all can see their reflection. Below, Barb-like Corten Steel structures suggest both the barbed wire (sharp, metal points) and the defaced human bodies of the Holocaust. 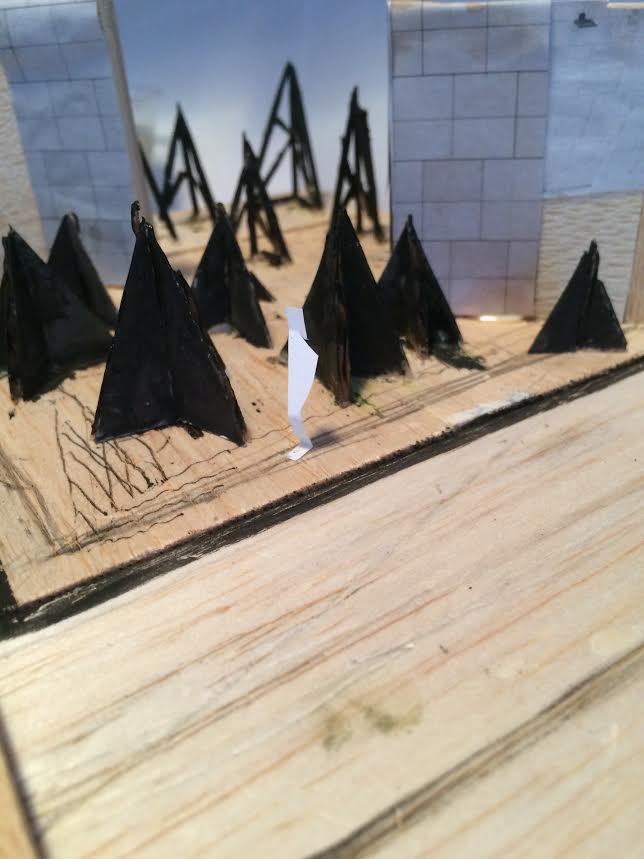 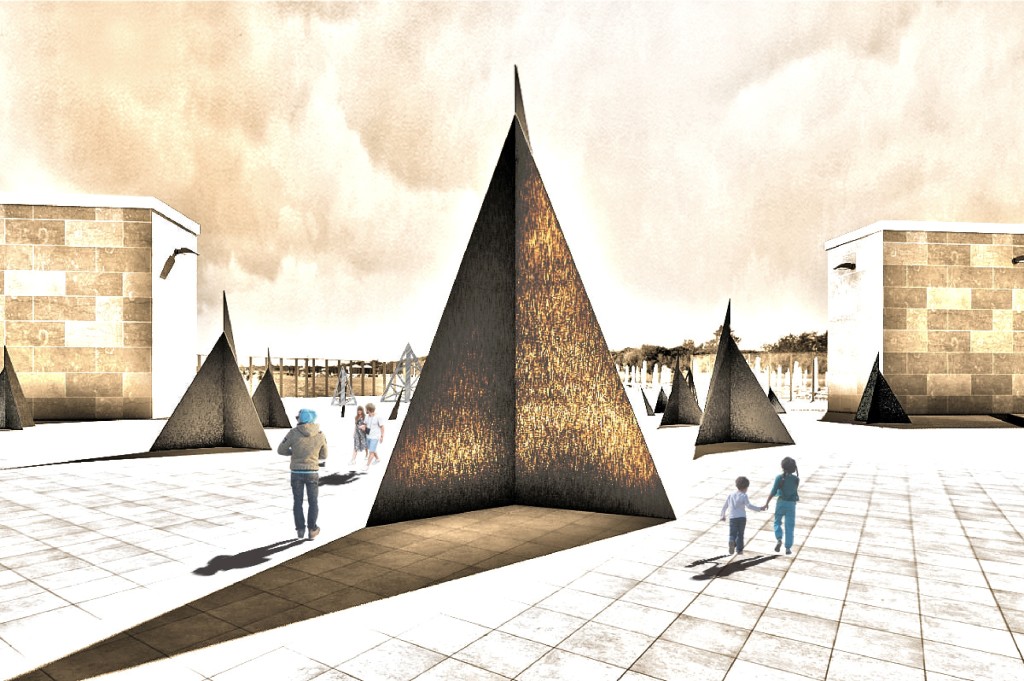 Skeletal reflective structures at the other side of the plaza represent the triumphant reemergence of Jewish life, after the Shoah. The Void in between represents the loss of life and all it might have yielded  . 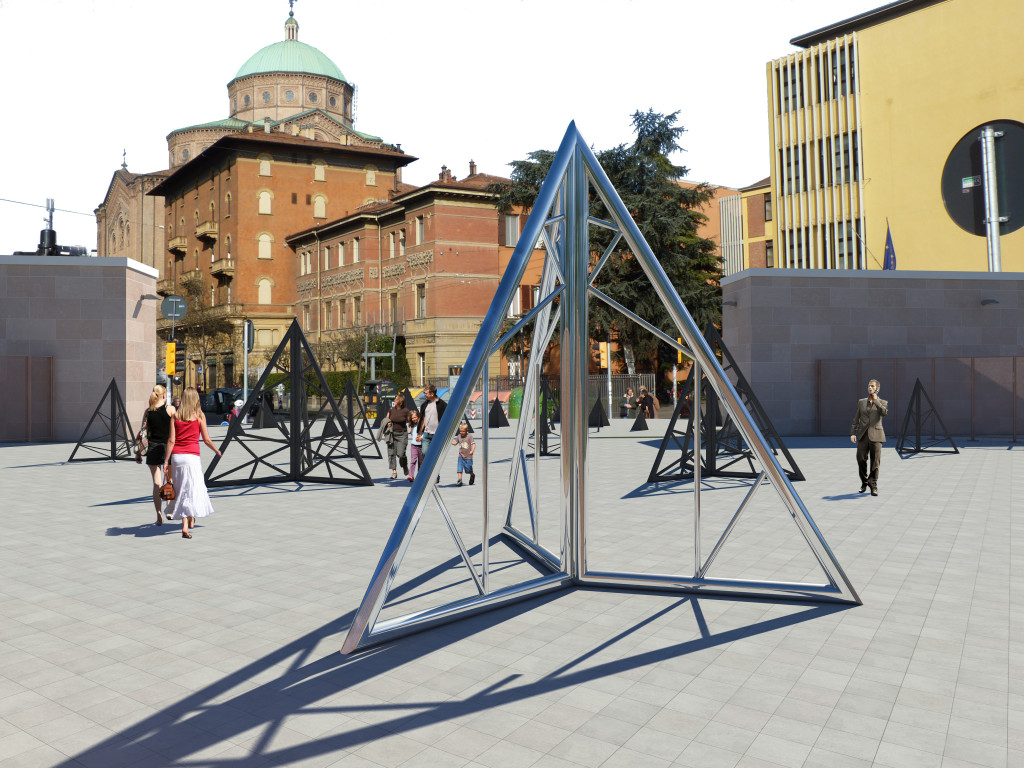 With an economy of means, we attempt to make the passer-by stop and remember the mass murder that occurred in the concentration camps and the individual lives lost.

The proposed spatial monument that covers the piazza in Bologna, can be read in three parts. The firts portion, at the foreground, as one approaches from the Northeast steps, consists of solid black steel structures. They are meant to recall the barb wire that fenced in the camps; the structures also represent phyical bodies that were degraded and annihilated–Bodies were treated like numbers in a row, effaced of identity.

The second part of the monument is a stretch of empty space, as one crosses the threshold, between the two existing chambers. This is meant to represent the void, loss. The starkness of the design shares the sensibility of renowned Italian painter De Chirico.

In the final portion of the piazza, one weaves through a series of eight open steel structures, with the same basic outline as the solid barbs, or bodies. They ascend in height rather than descend. (Note that eight represents transcendence in Judaism). They embody that which the Nazis could not destroy. The eight skeletal structures represent the souls of the murdered ascending toward the sky. And they also symbolize the rebuilding of communiies that were nearly wiped out.  This assembly shows the regenerative power of ALL people , and in particular, that of the Jewish people, who lost a third of their population in the Shoah, yet were able to rebuild with greater force.

The last and largest structure is made of 18 mirror finished stainless steel members, and is traversable; in it we see our own reflection. Like Sarah and Abraham’s tent (Abraham, father of 3 main world religions), it is open on all sides for everyone to pass through, and remember.

In closing, the monument may lend itself to other readings, but all in keeping with the broader ideas of abasement, death, void, and ascent. For example, the open structures may also be read as skeletons rising up.

The title refers to the passage from the trains to the camp, through barb wire, death absence and the hope beyond.

“And the Dust returneth to the earth as it was, and the spirit returneth unto the Divine who gave it”. –Eccesiastes 12:7

“Memory is the scribe of the soul.” –Aristotle